This week’s children’s book reviews are up over on my website. Please drop by and see them. As ever, I hope you enjoy my varied choice of books and the reviews of them, and, of course, my choice for Book of the Week. Don’t forget to scroll down the page at Mungai and the Goa Constrictor where you can read the full reviews of all the books.

Children’s Book of the Week: Dragonasaurus Tales by Josephine Young 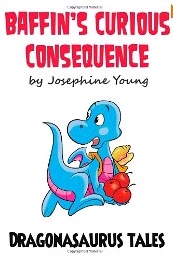 Other Books I Have Reviewed

I am very happy to introduce once more, the delightful Tara Fox Hall, with her thoughts on the possible pitfalls of writing a series. Welcome back Tara and lots of luck with your new book – Taken in the Night.

We authors usually began writing because we love stories. What can compare to losing yourself for a few hours—-or longer!—in a superb novel that makes everyday hassles fade into dust? Readers love to discover new worlds. We writers feel compelled to create them, to make our own alternate reality of good and evil, conflict and compromise, passion and betrayal. Yet there is also a pitfall here lying in wait for authors that readers never have to learn to avoid: the lure of words.

When creating a rough draft of a manuscript, authors usually do their own thing. For me, it’s jotting down all kind of ideas on where the plot should go (or might go), as well as the key events or period of time I want to cover in the book. As I write, I check my notes for ideas on what comes next. This usually results in several ideas not being used in the final draft, as they—for whatever reason—have nothing to do with the central plot of the given work in progress. This is not to say that the ideas aren’t good, only that they aren’t relevant to the ideas the book presents (or don’t work to move events along in a series work). These “N/A ideas” get put aside. 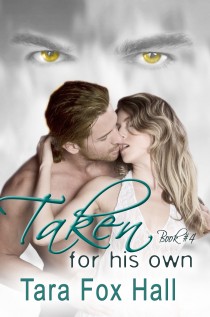 After the final draft is complete, I again read through the book several times for content, answering questions left hanging (ex: how did character X get home for the next scene, where did character Y get the gun he’s got in Chapter 4, etc.). This is done to make sure that everything flows evenly and the action moves right long. But there is also a final step I do, which is read through to make sure that every word I’ve used is necessary. As I read, if I begin to skip sections out of boredom, I take a hard look to make sure those sections need to be there. Anything that is superfluous is deleted, like a sentence whose subject is restated from the one previous. Passages of merit that don’t belong are cut out and saved for a possible later use in a future book.

This drive to be concise as possible might seem extreme to some, especially as there is no tight word count on novels as a rule. Writers could also argue that most readers want the books they love to be long, to draw out their reading enjoyment as long as possible. While that’s true, most any reader at some point in their lives read a tome that was verbose and overly long. I see this most often in fantasy, but lately in other works as well, especially series books. There are sections—and sometimes chapters—that could be summarized by a page, a paragraph, or sometimes even be left out…and the book itself still remains whole and complete. Writers who do this have fallen victim to the lure of words.

Succumbing to the lure of words is a gradual process. The first stories a writer pens usually are short, or at least direct. Few words are wasted in the telling of the tale, and there is likely little elaboration or false clues (in mystery writing circles, this used to be known as a red herring: an informal fallacy that leads the reader to a false conclusion, making the story more exciting than a straightforward plot). But the more books a novelist produces, the harder it becomes to rein in a work, especially in a series. More and more characters come on the scene, each with their own histories. Landscapes evolve (ex: a world which before comprised of two cities and the land between them now adds on a sea, several other cities across the sea, and five most cities inland from the initial two). Some of this happens because the longer a story is, by necessity the more complex it must become to sustain the ongoing action. There is also possibly an unconscious desire by the author not to end the series, especially if it’s popular. So early books which held lots of action and suspense give way to sequels where not much happens, even as the books themselves get longer. This complication of the story along with “plot drag” tends to upset the reader and leave them unsatisfied. In this, a writer must always remember that they are telling a story not only for themselves, but also for their audience.

Resist the lure of words, series writers. Your readers will thank you for it!

Blurb for Taken in the Night: When Theo disappears, Sar is left bereft, the uncertain guardian of Theo’s newly born werecougar daughter, Elle. As months pass, clues emerge about Theo’s disappearance, yet the twisting trail ends repeatedly without answer. In her grief, Sar turns to Danial and hesitantly begins to build a life with him and Elle.

Excerpt: Lying on my pillow was a small box of Godiva Chocolate. I picked up the card beside it.

“To my Love, on our third Christmas, Danial.”

I put the chocolates beside my bed, resisting the urge to eat one. The next thing I knew, it was Christmas afternoon.

Danial was gone when I awoke, the rumpled bed the only testament that he’d come to bed. Worried he was up, I wrapped a robe around me, and went looking for him. Opening the bedroom door, I stepped into flowers.

There were vases everywhere, with roses of all colors: red, white, yellow, blue, pink, and multi-colored. The sweet fresh scent of roses wakened my senses. I took a deep breath.

“Here’s another one,” Terian said with a grin, handing me a bucket filled with water and more roses. “We’ve run out of vases.”

I took it from him, taking a deep breath in the silky petals. “How many did he order?”

“One for each day we have spent together,” said Danial from above me.

I looked up to the loft, meeting Danial’s eyes. “Danial, that is over five hundred flowers!” I said, shocked.

“Five hundred, thirty-three,” he replied with a loving smile. “I’ve been listening for you to get up for hours, hoping you’d delay long enough to get them in position. There are four hundred and eighty here so far, so it was pretty close.”

“I can’t believe you did this,” I said slowly, looking around me in wonder.

“This Christmas called for more than a box of chocolate,” he said, leaning over the railing, his dark hair falling forward. “And I know you like flowers.”

“I love them,” I said, burying my face again in soft fresh petals.

“Here’s another,” Elle said, carrying in an armful. “There are no more containers.”

“I’ll get another bucket,” Terian said, rolling his eyes, and we all broke into laughter.

Buy links for Taken in the Night

Other Books by Tara Fox Hall

This week’s children’s book reviews are up over on my website. Please drop by and see them. As ever, I hope you enjoy my choice of books and the reviews of them, and, of course, my choice for Book of the Week. Don’t forget to scroll down the page at Mungai and the Goa Constrictor where you can read the full reviews of all the books.

No Boys Allowed by Marilyn Levinson

Other Books I Have Reviewed

Wolf Facts and Pictures by P.K.Miller

Adventures of Percy the Pig by Tori Gilbert

Adventures of Frosty (The Strange Thing) by Waide Marshall

This week’s children’s book reviews are up over on my website. Please drop by and see them. As ever, I hope you enjoy my choice of books and the reviews of them, and, of course, my choice for Book of the Week. Don’t forget to scroll down the page at Mungai and the Goa Constrictor where you can read the full reviews of all the books.

The Tales of Big and Little: Doom of the Three Stones by Josh Kilen

My T-Rex Has a Toothache by Elwyn Tate

This week’s children’s book reviews are up over on my blog. Please drop by and see them. As ever, I hope you enjoy my choice of books and the reviews of them, and, of course, my choice for Book of the Week. Don’t forget to scroll down the page at Mungai and the Goa Constrictor where you can read the full reviews of all the books.

Warriors Book 1: Into the Wild by Erin Hunter

I Love My ABCs by Mary Lee

Children’s Book of the Week and Other Book Reviews

This week’s children’s book reviews are up over on my blog. Please drop by and see them. As ever, I hope you enjoy my choice of books and the reviews of them, and, of course, my choice for Book of the Week. Don’t forget to scroll down the page at Mungai and the Goa Constrictor where you can read the full reviews of all the books.

A Tale of Four Birds by Gramps Doodlebug

Books by Amelia Curzon
Mungai and the Goa Constrictor

Told through the eyes of animals, the reader is taken on a compelling adventure through the jungle, together with bags of humour, a bucket load of colourful and enjoyable characters, conspiracies and the unlikely friendships forged between the various species of the animal kingdom.

A timeless tale for children and adults alike